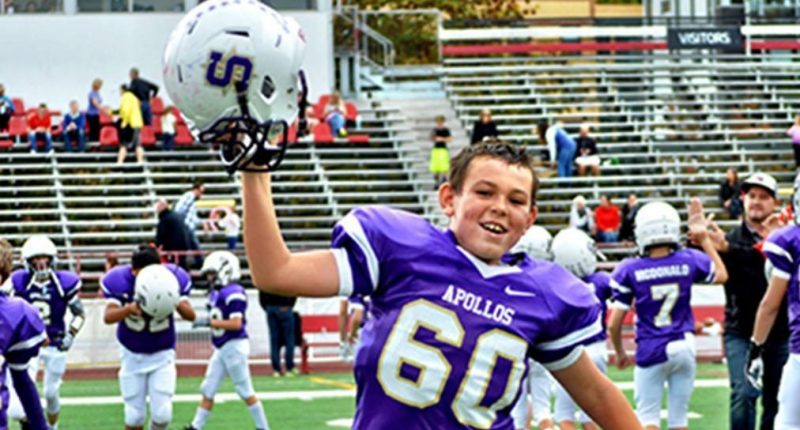 In the past few years, there has been an increasing interest in concussions. As we know, many potential concussions go unreported and many of these athletes continue to play while symptomatic ignoring the importance of sitting out. Recent guidelines recommend that concussed athletes be removed and have a gradual return to play once asymptomatic. Regrettably, for many of our athletes we know this still is not the case.

Research has clearly shown the relationship between concussions suffered and the debilitating disease of Chronic Traumatic Encephalopathy (CTE). In light of such research, we continue to urge that an overall change in the culture of sports is necessary to ensure that athletes receive the proper supervision and medical monitoring. CTE has been found to result from the accumulation of an abnormal protein called “tau” found in the brain. High accumulations of tau in the brain is indicative of  Alzheimer’s disease, resulting in memory loss and dementia. Research has associated the disease with repeated head traumas or concussions that did not properly heal, and has outlined symptoms such as memory loss, depression, impulsive behavior, and rage. Unfortunately, at this time, CTE can only be diagnosed postmortem (Weinbrecht, A., 2013).

While changing long-established perceptions of sport will undoubtedly be a resisted process. The considerable and horrific consequences of degenerative conditions such as CTE make it necessary to take a closer look at what can and should change to ensure greater protection for our athletes health. Firstly, and arguably most important, a change in the belief system of sports, specifically contact sports is necessary before any standard of medical or legal intervention can be successful. The current “sports culture” leads the players and the public to both expect and promote what can be characterized as rough play in contact sports such as football, hockey and rugby, and even players alike expect such play from themselves and their teammates. The notion that head injury is merely “part of the game” and a risk that players supposedly understand, is simply not good enough (Furness, Z., 2016). A cultural change is necessary to promote greater transparency between leagues and its players, coaches, medical staff and family support systems. Most importantly, we must promote a standard system of medical monitoring that can eliminate the progression from repeated head trauma to degenerative brain disease.

According to the Centers for Disease Control and Prevention (CDC), approximately 1.6– 3.8 million sports and recreational concussions occur each year in the United States alone. Although a vast majority of individuals who sustain mild traumatic brain injury (mTBI) show good recovery within several weeks, we know some continue to experience lingering somatic, cognitive, and/or mood symptoms. Some studies have found an association between repeat injuries and cumulative deficits relating to CTE. This variable recovery time may leave some individuals vulnerable for repeat and lasting injuries (Didehbani, N., 2013). Recent data suggest a trend of increased annual concussion rates over the past decade which may be in part due to the emphasis on concussion education and awareness leading to increased identification and reporting (Harmon, K., 2013).

In the absence of biomarkers, the current identification of concussions relies heavily on self reported symptoms that can be nonspecific. This means the nature of risk is fundamentally different when the brain is involved. This is not due to players lack of awareness of head injuries or substantive knowledge of their bodies but because players are simply not capable of accurately assessing such risk in the first place (Furness, Z., 2016). Regardless, with the current sports culture, we know athletes can be hesitant to report symptoms. There are numerous barriers for high school athletes reporting potentially concussive symptoms. These can include difficulty recognizing that they are injured, fear of being taken out of play, and the economic, historical, cultural and political forces of the sport (Harmon, K., 2013).

Administrators and coaches play a big part in the health and safety of the athlete and they are often the first source of knowledge for the athlete and parents on topics like concussion. Research has shown that athletes, parents, and team staff/ coaches lack the knowledge needed to make informed decisions about concussion. Misconceptions and lack of understanding about symptoms of concussion, as well as the recommended treatment and return-to-play guidelines, still exist and need to be addressed.

We can all agree, the rules of play form the basis of a safe game environment. Enforcement of the rules by coaches and officials and strict adherence to the rules by players can reduce the incidence of concussion, more specifically in contact sport. The rules of the game set expectations for behavior and define consequences for collisions with increased risk to the involved player. Continuous education and consistent modeling of the rules by coaches and officials reinforce the importance of clean play. Some successful rule changes that have research data to prove their efficiency include banning “spear tackling” in American football, enforcing no “checking from behind” in ice hockey and limiting “elbow to head” contact in soccer (Harmon, K., 2013). Additionally, limiting the number of contact practices will reduce exposures and ultimately the number of concussions.

Player behavior plays an integral part in injury reduction. Athletes must be taught correct playing techniques and appropriate behavior by trained and qualified coaches. Any behavior that increases concussion risk should be eliminated, and this may require a culture change in players, coaches, officials, administrators, and fans. Sports-specific techniques like tackling, body checking, and heading the ball must be properly taught and demonstrated before they are used in game situations (Harmon, K., 2013).

In conclusion, it is clear to see that a major shift is required in terms of concussion culture in sport. As influencers and health care professionals we must be clear and concise with our return to play protocols and educating our patients on when we must sit our athletes out. It is our hope that the more diligent we are as professionals the more profound impact we can have.

Weinbrecht, Ashleigh. “The Connection between Concussions and Chronic Traumatic Encephalopathy (CTE) in Professional Athletics: A Necessary Change in the Sports Culture in Light of Legal Barriers.” JL Soc’y 14 (2013): 309.